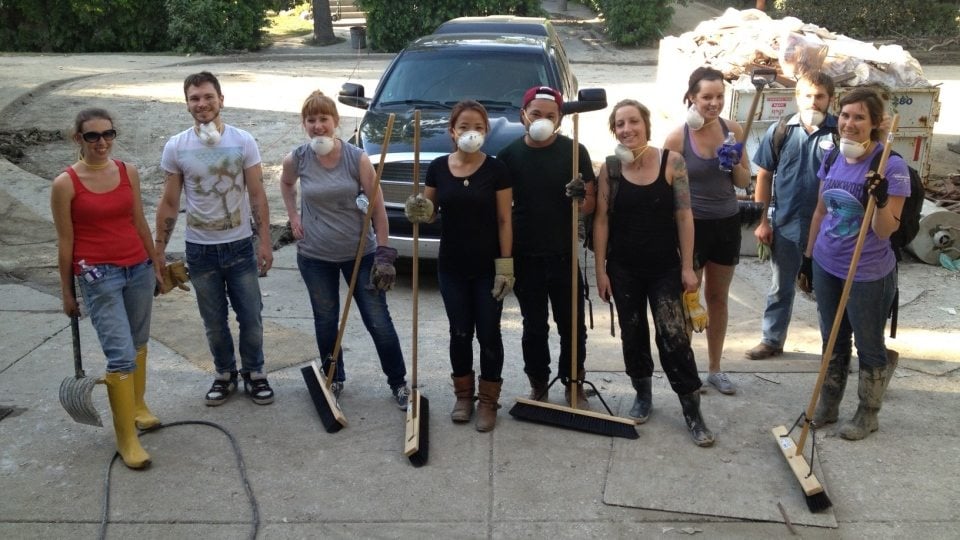 Is Management an Endangered Species?

In June 2013, the city of Calgary experienced its most damaging and expensive natural disaster in its history.  A combination of heavy rain and a fast spring melt resulted in the Bow and Elbow Rivers overflowing their banks and flooding most of the downtown core and surrounding communities.

Shortly after the flood citizens of Calgary took action.  Literally tens of thousands of people got to work to help their neighbors by pulling on their rubber boots, overalls and t-shirts, and ventured down to the affected areas to lend a hand.  Most took part in ad-hoc cleanup teams by bailing water, removing valuables from people’s homes, clearing mud from basements, and dealing with garbage and debris in the streets.

Looking back at accounts of these actions reveals an interesting fact; much of the effort in the initial days of response was self-organized.  The formal emergency response agencies simply didn’t have the management or processes to organize so many volunteers.  And so, people self-organized and got to work.

What conditions made it possible for so much manpower to be deployed effectively without formal management?

It began with information.  Citizens of Calgary had up-to-the-minute information about the situation.  News broadcasters, the Calgary Emergency Management Agency (CEMA), ENMAX (the city’s electricity distributor) and other formal agencies were able to provide details of impacted areas, dangerous/restricted areas, and forecasts of additional flooding and electrical risks.  Water level and flow rates were continually being monitored and reported.

Beyond the formal sources was the informal information being provided by individuals.  Anyone with a smartphone became a broadcaster through Twitter, Facebook, Flickr and other social-media platforms.  People in need were able to connect with people who had the resources to help.  Not just manpower but massive resources in the form of vehicles, sandbags, fresh water, shovels, food, and temporary accommodation was on offer.

Those same smart devices that were used to transmit were also the receivers.  Both formal and informal communication was being received instantly.

Beyond information, what motivated the people with skills and resources to help those in need?  This answer certainly has a lot to do with community culture or spirit.  Citizens of Calgary understood that it was in everyone’s best interest to get the city back on its feet quickly.  There was shared purpose and values.

Further, citizens were able to think creatively in applying the resources they had.  Everything from surplus building materials to peanut butter and jam sandwiches were donated to the cause from all over Canada.  And through self-organization these resources made their way to the areas of need.

The Calgary floods of 2013 are just one example of the growing prevalence of self-organization.  In his book, Here Comes Everybody: The Power of Organizing Without Organizations, author Clay Shirky opens with an account of how a lost cell phone in a New York cab was the catalyst for hundreds of hours of involvement by people (who didn’t know each other) collaborating to get it back to its rightful owner.  Social-media platforms combined with a shared interest in justice made this happen.

Shirky’s book strongly suggests that self-organization is only possible through technology and online collaboration platforms that connect people to common causes and interests.   A visit to the website Meetup is one example.  Meetup has over 21 million members organized into 200,000 groups of shared interests.

Other examples include open-source software or knowledge databases like Wikipedia.  These platforms engage people in common interest and allow them to collaborate by donating their unique skills, knowledge and insights to the benefit of others.

What business leaders can learn from self-organization

The conditions described above were only possible in recent history.  Tools like the internet, smart devices, mobile connectivity, online collaboration platforms and instant information simply did not exist 20 years ago.  That’s why prior to 20 years ago organizations needed management to get things done.  Traditionally, management oversight was the mechanism to coordinate people’s efforts.  Information and authority was held by few in the organization, and those few directed the efforts of others.  This reality is quickly fading, and business leaders need to recognize it.

There is another important factor for business leaders to consider; the technologies that deliver self-management, as well as an attitude of self-direction, are very familiar, comfortable and preferred for the newer generation of workers entering the workforce.

So what does this all mean for business leaders and owners today? Should we fire all the managers?

Not necessarily, but we do need to be aware of the changing role of management in organizations.  Here are some considerations:

Traditional managers are truly an endangered species.  Managers today need to adapt to the new realities of the environment and the expectations of a changing workforce.  Without change, old school managers will become extinct.