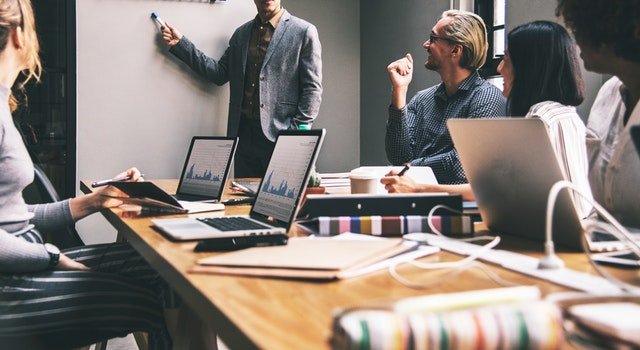 Michael Dell started Dell Computers in his dorm room in the 1980s, a time when IBM dominated the PC market.  By 1993, Dell had taken significant market share from IBM, Compaq and others, and grown to $2B in revenue.  The computers Dell built and sold weren’t unique, but the process was.  Every other player in the industry at the time was building to stock (i.e. manufacturing ‘spec’ computers to put in warehouses and on retail shelves) while Dell was building to order.  The Dell customer configured and paid for the computer before it was manufactured, and with Dell’s disciplined inventory management and aggressive terms with suppliers, often the customer had paid for and received the products well before Dell paid suppliers for components. ​

Because of this, Dell was able to get their cash-conversion-cycle down to minus 36 days, and that meant the company had free customer financing for their business.  The faster Dell grew the more money they had on hand – do the math and you’ll calculate that Dell had $170M interest free working capital in 1993.

This story is just one example how a process change can create competitive advantage.  Blockbuster and Netflix both provided a service that allowed customers to rent and enjoy movies in their home, but Netflix had a more efficient and desirable process that ultimately put Blockbuster out of business.  Similarly, both Barnes & Nobel and Amazon sold books to customers, but with different processes Amazon became the industry leader in a very short time.  Hotels vs. AirBnB.  Expedia vs. Travel Agents.  Taxis vs. Uber vs. Car2Go.  These are all examples of how process changes in businesses can result in significant competitive advantages.

The above examples all draw on advances in technology, but that’s not always the case.  Consider these process improvements that have occurred that save customers time, money, or both:

As part of strategic planning, all firms should assess their processes against what competitors are doing.  This can often be a significant source of ideas for strategic advantage.