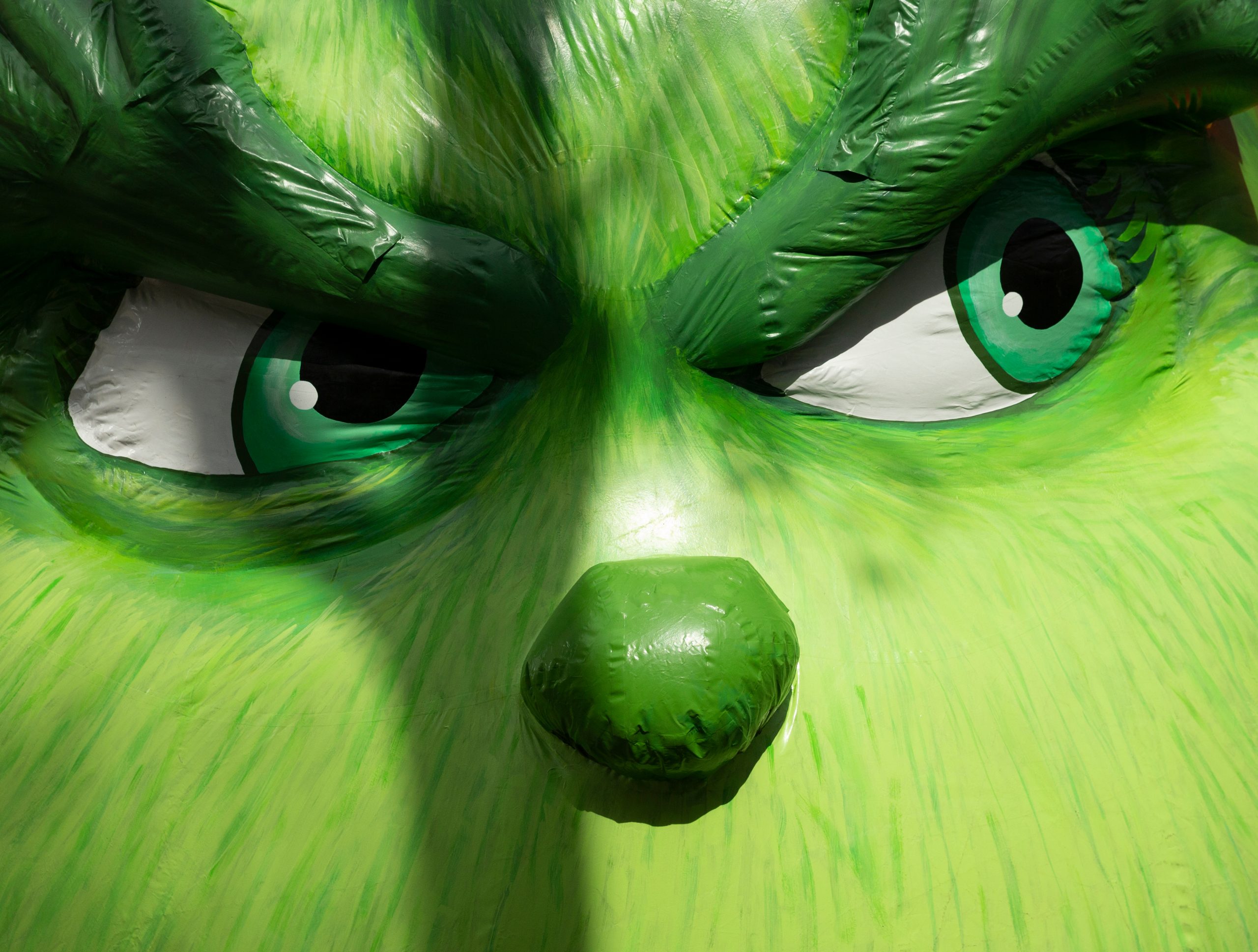 How the Grinch Stole More Than Christmas

The story titled, “The Hoobub and the Grinch,” was published in the May 1955 issue of Redbook magazine by author Theodor Geisel whose real name is not nearly as recognizable as his pen name “Dr. Suess.”  Two years later, in 1957, Random House published the story as a stand-alone book, “How the Grinch Stole Christmas.” This story has endured for almost 70 years and has been adapted to the stage, an animated television special (1966), and several full-length movies, both animated and live-action. The name “Grinch” and some of the phrases from the story have a permanent place in our memory banks.

What is it that makes this story so memorable? How is it that among the multitude of information we keep in our memory banks, this green-skinned character continues to live on? And what can we learn from it as leaders?

According to Peter Guber, author of, “Tell to Win: Connect, Persuade and Triumph with the Hidden Power of Story”, human beings are wired for story. “Built into your DNA is humanity’s ten-thousand-plus years of telling and listening to oral stories. This veneration of story is a force so powerful and enduring that it has shaped cultures, religions, and whole civilizations.”  In a way, shared stories ARE culture. It’s often said that any culture is simply a collection of stories shared by people. This applies to our companies and organizations too.

Karen Eber, a recent guest on Unleashed, told us that stories are a sort of brain hack. Our brains are lazy, always looking for ways to conserve calories. “We face 32GB of information every day that needs to be processed and filed.” Stories help make connections to what people already know, making the filing, storage, and retrieval easier.

In a recent issue of her newsletter Brain Food, Karen said, “Most companies don’t struggle with storytelling abuse, they struggle with not leveraging storytelling enough when communicating. I have found an increase in companies prioritizing storytelling in their budgets for 2022 and 2023. What may have seemed like a trend four or five years ago is now a fundamental competency that companies are looking to strengthen.”

Stories are more memorable because they activate senses, emotions, and harness more of the brain. Many of us can recall the story behind famous companies and brands, like the story of Jobs and Wozniak working in their garage to build Apple’s first prototypes or the story of the adhesive ‘accident’ that led to the invention of 3M’s Post-It Note.

Eileen Cook is one of my mentors. She is a multi-published, award-winning author with her novels appearing in nine languages. Her books have been optioned for film and TV.  Eileen says that “stories are one of the fastest ways to elicit emotion in readers and listeners, and to mobilize action.” The word ‘emotion,’ comes from the Latin words ‘emovere’ and ‘mot,’ which means to move. Storytellers can use stories as a way of mobilizing people through emotion.” When our brain hears a story, it releases oxytocin, what Eileen calls the “angels’ cocktail”, a powerful drug to persuade people and change behaviors.

Advertisers are finding that placing their products in stories (product placement) is one of the most effective ways to influence buyers. Ray Ban, for example, was a struggling glasses producer about to abandon their Wayfarers product until Tom Cruise showed up wearing them in 1983’s Risky Business, and sales shot up 50%. They got another significant boost from Tom Cruise in 1986 when he wore their Aviators in Top Gun.

Learning to be a Great Storyteller

Memorable stories throughout human history follow a common script. This was first identified by Joseph Campbell, and expressed in his book, ‘The Hero with a Thousand Faces.’ Campbell explores enduring stories from ancient Egyptian, Greek, and Roman myths, through to today. He shows how they all share many of the same elements in the same sequence:

Pick any of your favorite stories – The Odyssey, Frankenstein, Hamlet, Don Quixote, Of Mice and Men – and you will see this pattern. We can also see it in our favorite movies too – Back to the Future, Forest Gump, Batman, Harry Potter – take your pick! Joseph Campbell was so influential for a young film maker named George Lucas that Lucas later was quoted as saying, “he is my Yoda.”

So how can leaders leverage the power of story? Here are some ways to use storytelling to enhance your firm’s success:

Besides Christmas, What Else Did the Grinch Steal?

The story of the Grinch is a tale of transformation. As much as Mr. Grinch is cast as the villain initially, he (she? they?) is a protagonist that we can all relate to. He is lonely but resourceful and enters the story with a misconception about the world. During his journey, he faces challenges, failures, revelations, a “darkness before the dawn,” and then, finally, a transformation where he sees the world differently, makes some new friends, and gets to carve the roast beast.

We can relate to this character. Life itself for every human being is a story of transformation. Individually, we are each the hero and author of our own unique story from the moment we are born until our final breath, and we become transformed by the journey. 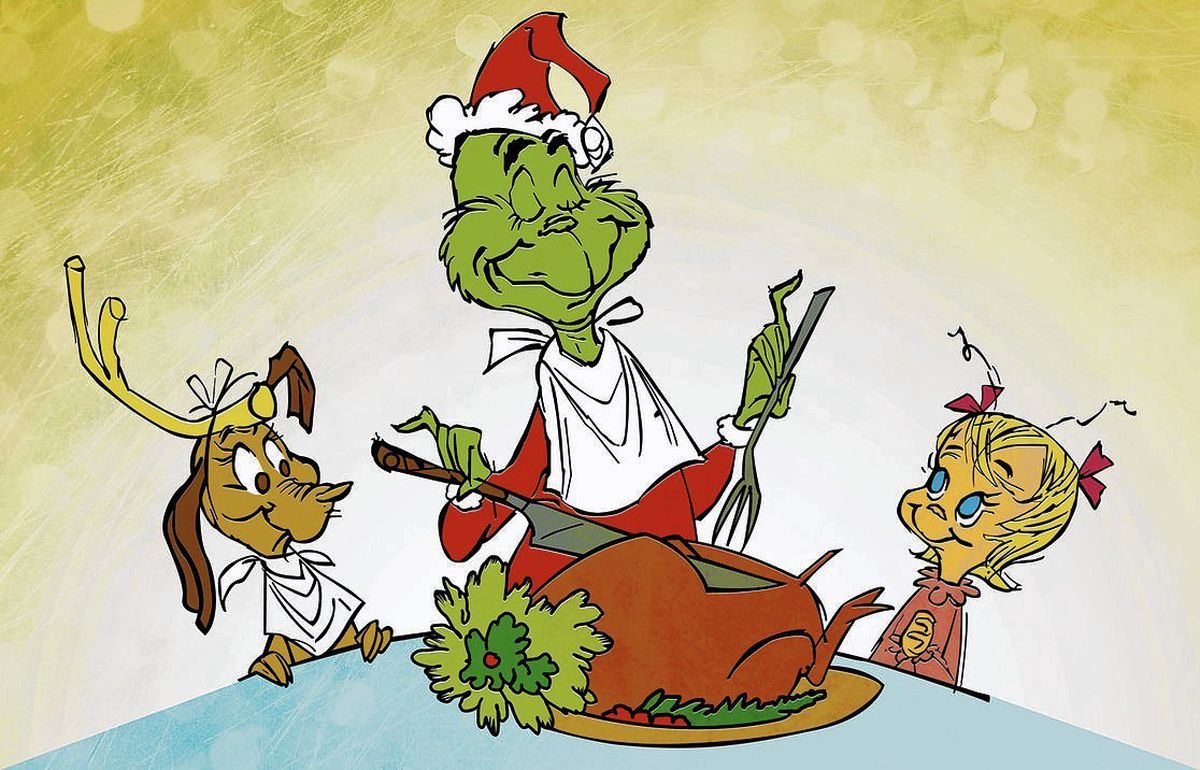 The Results’ Four Cs of Extraordinary Teams January, 12 2022
How the Grinch Stole More Than Christmas December, 14 2021
Unleashed S4E8: Adam Grant – The Power of (Re)Thinking December, 2 2021
Less is More – Understanding “Decidophobia” in the Workplace November, 29 2021
I’d Like to Call a Friend: How Social Capital Can Propel Your Business November, 20 2021
Don’t focus on the result. Focus on the process that creates the result. May, 28 2019
Unleashed S4E5: Jim Detert – Choosing Courage November, 1 2021
Corporate Accountability: You Get What You Tolerate August, 31 2021
What Does the Christmas Eve Truce of World War 1 Teach Us About Culture? December, 18 2019
How the Grinch Stole More Than Christmas December, 14 2021