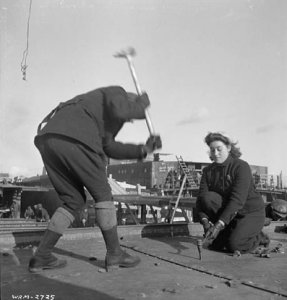 How To Change What Cannot Be Changed

How many psychologists does it take to change a light bulb? Just one, but it has to really want to change.

Trying to Change Others’ Behavior.

Management (and life) would be so much better if we could make people change when we needed them to. Business execution and getting the results we want would be so much easier if people just did what we told them to. But it doesn’t work that way. I’ve tried changing how other people behave. Most of the time it was unsuccessful. On those rare occasions that it worked, it didn’t last. Often it was counterproductive and a waste of time. Like trying to get my daughter to pick up in her room.

And this is the irony of leadership. As leaders we’re expected to execute plans and deliver results with a group of people, things that cannot be accomplished alone. Which means changing who they are so we can get the job done, doesn’t it? Maybe. Our greatest power in shaping company behavior is who we choose to hire, and where we choose to put them to work. Which means that performance reviews aren’t for the benefit of the employee. They’re for the benefit of the company. They answer the essential questions of: Who is ready to be promoted? Who is almost ready and what do they need to make them ready? Who isn’t ready? Who is in the right job, and who isn’t?

Giving staff feedback based on our evaluation of them is just a nice-to-have side-effect which makes the employee feel better (maybe), but most importantly is a good final check of our evaluation. So then, what tools can we use to create high performers and high performing teams? What influence do we bosses have to increase our chance of successful execution and outstanding results through the people we have chosen to work with?

Positive feedback shapes behavior over time. Negative feedback shuts down behavior. Think about punishing a dog for not coming when it’s been called. The problem with positive feedback is that it takes a time, consistent application, and patience. This isn’t always compatible with the day-to-day urgency some of us need to perform under.

Sometimes it seems like we’ve been handed a toolbox of random tools and we have to figure out how to use them to replace the brake pads on your car. But that’s the manager’s job. Sometimes we have to do what we can with what we have where we are right now. There’s no point in being mad at the tools.

And really, as a manager, your job is not to change people to execute perfectly (i.e. the way you would do it), whatever the job is. Your job is to discover the strengths of the people working for you and figure out how to put those strengths to their best use. If you don’t have the right people (or tools), maybe that’s the problem.

If you’re lucky enough to control who is on your team (you have the power to hire, fire, or transfer), then really you have no excuses for running an under-performing team. Once you’ve done everything you can to coach, mentor, and train people to do the job they were hired for, and the results still aren’t there, then you need to consider if there’s another position, a position of lesser responsibility, or any position inside the company at all for them.

Managers owe it to the company and everybody in it not to tolerate poor performance. If you consistently choose unsuitable or under-performing staff, then perhaps you need to look in the mirror to find the solution.

Frequent, friendly focused and actionable feedback is one of those simple things that outstanding managers do well. Negative or constructive feedback is only one specialized tool in the manager’s toolbox. Much like a torque-wrench or a brake-puller, it should only be used when needed, in the right hands, and in the right way.

Negative feedback is most effective when it is used with “A” Players or high performers. High performers invite, accept, and act on criticism. They’re good and want to get better. Using negative feedback on a consistently under-performing staff member is like using a hammer to remove a screw. You’re just going to get frustrated and end up with dents in your work. Instead, consider catching them doing something right and build on that.

How to Change What Cannot Be Changed.

So there are three tools we can use to manage our teams. Positive feedback (to shape behavior over time), negative feedback (improve the performance of your high performers), and staffing (deliberately choosing whom you work with).

Remember to use the right tool for the right job. Now go execute and get results!