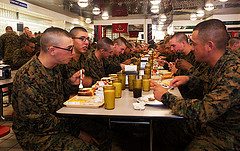 No One Works For You!

When speaking to groups, I often ask the question, “Who here has people that work for them?”  Invariably, between 75% and 85% of the group raise their hand. They think the question is to help me ascertain how many people leaders are in the room. That is not my purpose. My next statement is for effect. “No one works for you! You all have it backwards. If you lead people you should see yourself as being…in service to them!”

Now, hopefully I’ve got some of their attention.  I’m familiar with their problem.  A good number of our educational institutions and training programs focus not on developing great leaders, but on training effective managers. Apparently, the short-term gains associated with managing are valued much more than long-term organizational growth associated with building great leaders. Management training supports this premise; staff work for you to support the short-term goals of the group. Here’s the problem: nothing great happens in any organization without great leadership. Organizational success or failure is based on leadership excellence not managerial acumen.

Many leaders today prefer Jack Welch’s [General Electric] approach to running a business over Jim Sinegal [Costco]. During Jack Welch’s tenure at GE in the 80’s, people were used as an expendable resource to the benefit of investors. Every year, Welch would fire the bottom 10% of his GE managers, those whose divisions added little value to the GE share price, while rewarding the top 20% of managers with options. When times were tough layoffs were used to beef up the short-term bottom line. A strategy that he later regretted. How many GE staffers felt protected? Jim Sinegal is different and most people don’t know who he is. This is a testament to how he ran things. He would rather his people get credit instead of him. As Jim Collins would say, Sinegal is a Level 5 leader. As cofounder of Costco, he ran the company from 1983 until his retirement in 2012. He took a people first attitude as the foundation of the culture that fostered trust and cooperation. His thinking was 180 degrees from what other retailers thought was required to succeed. Rather than trying to command and control everything, Costco leaders devoted their energy to training, building and protecting their people. Costco employees look out for each other rather than compete against each other, and they are adept to control any situation. By the way, if in 1986 you invested in GE and Costco and cashed out in 2013, your investment in Costco would be 1200% vs 600% in GE [the S&P average].

To Sinegal everything about being a leader is much like being a parent. It is about committing to the well-being of those in our care and having a willingness to make sacrifices to see their interests advanced so that they may carry the banner long after you are gone. I’ve codified this thinking for business to this simple tenet: Be in Service of Those That You Lead.

Leadership and Self Deception

Great leaders see themselves and others as they are – as people. Managers see themselves and others in a systematically distorted way – as mere objects. This is best described in the groundbreaking work of the Aribinger Institute published in Leadership and Self-Deception. They describe the behaviours of people leaders who see staff as mere objects as “Being In the Box”. When you’re “In the Box”, you distort the behaviours you see in others, which in turn distorts how you see yourself. Typically these managers are at odds with their staff and must wage battle to ensure they tow the line. No matter how antiquated this “In the Box” behaviour is, it’s prevalent today in almost all businesses.

John Spence, one of my favourite business thought leaders, had the privilege during the past decade of teaching advanced Leadership Programs to high-potential leader candidates at companies like Pepsi, Abbott Labs, Alltel and State Farm Insurance. He views his leadership as if he was a 22 year-old kid right out of college walking through the door to come in and start working with the group. He says, “I don’t view myself as better than them, I don’t think I’m above doing certain things. I try to keep myself grounded in keeping lines of communication open to all employees in my group, regardless of what level, because you just learn things when people trust you.”

who has the greatest difficulties in life

and provides the greatest injury to others.

It is from among such individuals that all human failures spring.

Manage by Mind, Lead by Heart

In one of Robin Sharma’s [Canadian author, speaker and leadership expert] 12 global best selling books is the leadership practice: Manage by Mind, Lead by Heart. It reminds leaders  to deeply connect with their followers. This idea is also supported by the highly regarded research-based author’s, Jim Kouzes and Barry Posner in their numerous editions of The Leadership Challenge.

Another brilliant speaker, author and optimist, Simon Sinek has most recently explored this leadership realm and wrote about it in his latest book, Leaders Eat Last based on his own idealized, not crazy, notion of a world where almost everyone wakes up inspired to go to work, feels trusted and valued during the day, then returns home feeling fulfilled. Sinek in his travels explored for evidence to support this.

He found examples of teams that are able to trust each other so deeply they would literally put their lives on the line for each other. He also found examples of teams, no matter what incentive offered, who were doomed to silo mentality, destructive conflict and ultimately failure. In seeking the answer to “Why did this happen?”, he had a conversation with an American Marine Corps’ general. The general offered this short yet inciteful Marine Corps’ approach to leadership.  “Officers eat last” he said.

Offered a chance to understand the general’s comment, Sinek observed that the most junior Marines ate first, while the most senior Marines would place themselves at the back of the line. No order is given, the Marines just do it. Marine leaders are expected to eat last because the true price of leadership is a leader’s ability and willingness to place the needs of their followers above their own. They truly practice the leadership art of ‘Being in Service of Those That They Lead’.

I’m lucky to be in a position to witness this type of leadership often. I just returned from a meeting with Dick Brown, President and CEO of Ferus. This fast growth Calgary based company is adding people quickly. They simply have run out of office space again. Dick won’t allow the new junior staffers to get stuck in some back corner [or worse] of their extensive open concept office.  He knows if they did, they wouldn’t be immersed in the wonderful culture that “is Ferus” and be quickly integrated, recognized and empowered.  He chose to put their needs ahead of his. Currently you will find Mr. Brown’s office in Storage Room 125. Dick practices the leadership tenet; leaders eat last.

The net effect of this style of leadership is repaid with followership based on loyalty and hard work. Ask yourself, what is a leader without followers? Answer: Someone just out taking a walk! Ferus employees are fiercely loyal, hard working, and highly engaged. I suspect that it starts at the top.

Be In Service of Those That You Lead

There’s so much more to leadership than management competence. In our view at Results, leaders require developing some fundamental responsibilities; the ability to craft compelling vision, build alignment with the team and above all champion the execution. Yet all of this does not matter if that leader has not mastered a simple understanding of human behaviour:  To see themselves and their followers first as human beings and most importantly to be in service to those they lead.