Learning and innovation skills are essential for success.

Learning refers to the process of acquiring new knowledge, skills, and behaviours, while innovation refers to the application of new ideas, methods, or products.

What can spider monkeys teach us about innovation and learning? 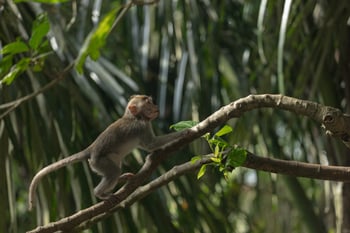 If you watch a spider monkey moving through a forest, you’ll see how they got their name. In addition to hands and feet, they have a prehensile tail which acts as a fifth limb allowing them to grasp, hang and swing. Though they sometimes take great leaps in familiar territory, more often they rapidly crawl through the branches always maintaining a firm hold on a reliable branch with at least one limb while reaching for and testing the stability of a new one.

Spider monkeys are a great analogy for an innovative, learning organization. Like this primate, successful firms maintain a firm hold on the stable aspects of their operations while continually reaching for and testing new opportunities.

Often those tests will result in recognizing that the next movement is not stable enough to move in that direction, while other experiments provide a new and promising direction to move to. Like the spider monkey, organizations that quickly try, test, learn and shift will be able to move quicker than others. 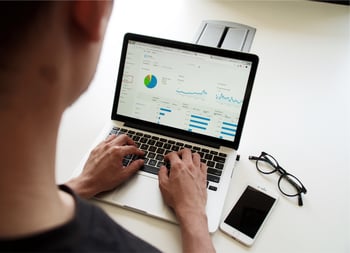 To become more innovative, organizations need to make systemic changes. One of these changes is in budgeting and financial planning. When considering an investment of any kind – an acquisition, new equipment, new roles, or geographies – planners and financial leaders like to forecast an expected return-on-investment either in the current or future timeframe. This is often the go/no go filter which controls if an investment is made or not.

The problem with innovative experimentation is that it can be difficult if not impossible to forecast a return. Because of this many experimental proposals get quashed immediately. The mindset shift required is that leaders need to be prepared to budget for and spend money without an expectation of financial return.

This type of mindset change is counter to most standard financial and accounting practices and will often be met with resistance.

“Innovation is the only insurance against irrelevance.”
Gary Hamel

Further, if funding can be established for experimentation and innovation, it should not be restricted to one department or team. Traditionally, large organizations would form and fund R&D departments. This conjures images of bespectacled, lab coat wearing scientists spending their entire days experimenting with pen and clipboard in hand. But innovative organizations today know that innovation can come from any team or department, and often teams formed cross functionally. All managers, and all employees for that matter, should have some discretion and a mechanism to propose spending on experimentation.

Beyond funding, other processes can be instituted to encourage experiments, learning and innovation. The so called “suggestion box” in the company lunchroom takes our minds back to the 1900s where, sadly, these were rarely taken seriously by employees and managers. Today leaders need to encourage, empower, and celebrate learning and innovation at all levels including failed experiments.

Everyone is Responsible for Results

We’ve all heard and possibly used the term “ownership mentality”, a cultural characteristic where every employee behaves like an owner, as if they were spending their own money or taking personal risk with every decision being made. This mindset is essential for learning and improvement.

From humble beginnings, Toyota is now the global leader in automotive market share. Post World War II the company was so successful that leaders from around the world travelled to Japan to study the Toyota Production System, or TPS.

TPS has a handful of guiding principles, one of which is that “workers at lowest level improve their own processes.” Employees are accountable for the results of the process, not just to follow the process. This environment sets the expectation that anyone at any level should suggest improvements, or at minimum highlight concerns if results are at risk. “But I followed the process,” is not an acceptable excuse for less than acceptable outcomes.

Today leading firms do more than just welcome suggestions. They have formal mechanisms to ideate, consider, test, and implement change in all parts of the organization initiated by anyone. Methods include digital innovation boards, new idea rewards, prizes or tournaments, funding for formal and informal learning, time off with pay to generate ideas, and recognize intrapreneurs within the organization.

3M for instance is famously known for giving employees a 15% time allowance to constructively dream.

Sometimes We Must Kill Our Darlings

Another systemic change is a willingness to “kill our darlings.” Killing darlings is a common phrase for authors that expresses a need to kill some of their most favorite characters or storylines. In business, the same is true. Companies need to have a willingness to ‘kill’ the projects, branches, initiatives, products or services that just don’t make sense anymore either financially or otherwise.

Neil Peart, the legendary drummer for the iconic Canadian rock band Rush, started taking drum lessons again after more than forty years of being touted as one of the greatest drummers in the world. His darling was the way he held his drumsticks; he used the matched grip, a technique where each hand holds its stick in the same way as a hammer. In the 1990s, he went “back to school” shifting to traditional grip as part of his style reinvention under the mentorship of jazz teacher Freddie Gruber. Killing his darling was his path to growth.

This extends to clients too. Ask which of your clients are the most challenging? Which do you and your team spend the most time with or deal with the most complaints from, or demand the deepest discounts or compensation for problems? A closer look may show that the all-in costs are not worth it, and that the best path forward is to “fire” that client.

Some organizations go a long way to institutionalizing the killing of projects.

At the company Corning, projects are killed regularly, and the teams have some fun by holding funerals for them often near Halloween or November 2, The Day of the Dead.

“… killing projects is an incredibly important part of effective innovation management. In fact, if you’re not killing projects on a regular basis, you are probably not pursuing enough ideas… We believe that every program can have a hidden “lie.”

By that we mean that every program reaches a point when one of your initial assumptions turns out to be incorrect or something that you really want to be true isn’t.

The tough part is, you don’t know what the lie is when you begin, and it varies for each initiative. The technology may not work as expected; the value proposition you defined might be inaccurate; another innovation may come along and obsolete your technology. Any number of your assumptions may be incorrect. If your program can adapt and survive the discovery, you have a winner. If it can’t, the program manager must acknowledge that reality and make the difficult decision to kill the project.”

Leaders can further this attitude of experimentation by using the right language. Phrases like rough drafts, straw men, prototypes, and minimum viable products are commonplace in learning organizations. When ideas and thinking are named this way, it acknowledges that:

Rough drafts are meant to be reviewed, evaluated, criticized, torn down, all to develop a second, better draft.

Donna Barker, teacher and author of several books including, “Scrappy Rough Draft,” coaches writers around the world to be more productive. The most common productivity pirate is “writers block,” the self-defeating attitude that restricts creators from making progress on their projects. Their own inner critics get in the way making them feel that anything they write is not good enough, so they just they just write nothing while staring at the empty page for hours.

Our inner critics, and criticism in general, have a place in learning organizations and the development of innovations and improvements. Once we have our rough drafts, ideas, options, suggestions, and possible solutions we then and only then need to put on our evaluating hats and choose the best. But introducing evaluative, judgemental think too early stifles ideas and creativity. 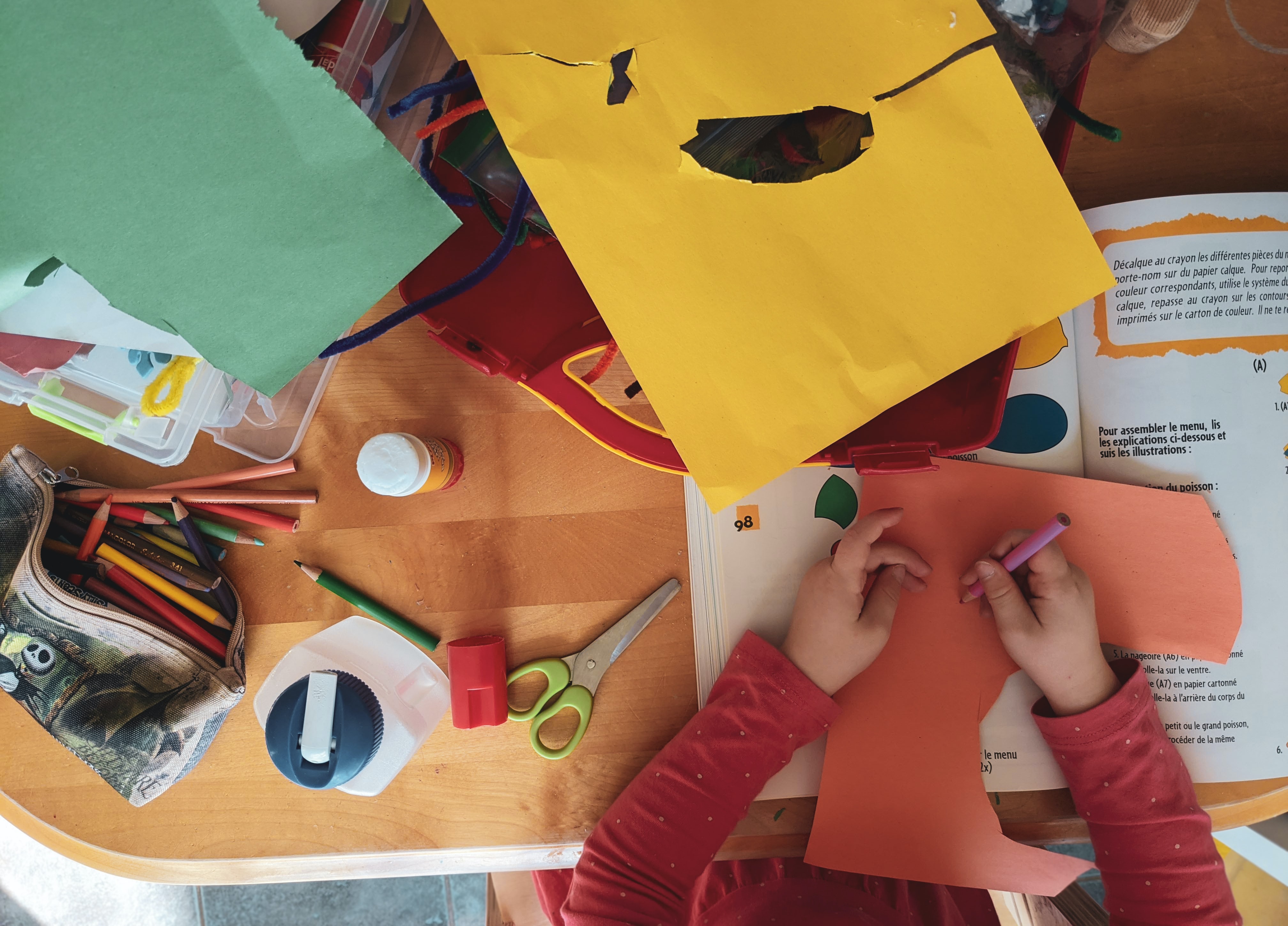 Children can be our best teachers here because they have yet to develop their inner critics. They create, draw, think, dance, and produce multitudes of rough drafts. And generally, we celebrate the attempts. Yet somehow as we grow older the inner critical voices become stronger, we seek perfection, and we lose much of our creative abandon.

Finally, to learn and innovate, organizations need to have a culture of speaking the truth. As we noted in Dismantling the House of Mirrors, without transparency and truth telling throughout an organization, it is highly unlikely there will be growth, improvement, and innovation.

Unleashing the Potential of Your Organization

If you’d like to learn more about how to build an innovative, learning organization, or other ways you can take the simpler path to creating a great business, connect with us or consider attending one of our upcoming leadership events.