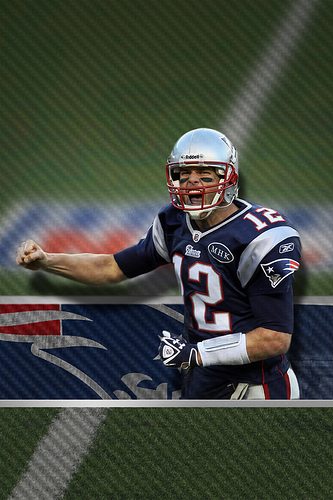 What can the NFL’s Patriots teach us about building a great business?

Sports analogies are frequently thrown around boardroom tables and lunchrooms in even the most sophisticated corporations.  It’s easy to understand when the parallels between athletic success and business success are so tightly linked.

The Super Bowl Champion New England Patriots, admittedly a polarizing franchise, are a great case study to demonstrate how winning in sports mimics winning in business.  Outside of their loyal fan base you’d be challenged to find a luke-warm supporter.  However, even the staunchest of Patriots loathers can’t argue with the facts; they have dominated the NFL since the 2000 season when Bill Belichick took over the franchise.

When you examine some of the reasons why they’ve had such overwhelming and consistent success, strong themes with tangible business applications emerge.

In Good To Great, Jim Collins’ research concluded that all companies who successfully transformed from good to great had what he coined “level 5 leadership.”  By definition, level 5 leaders had next to no self-directed ego, charisma or polished social skills and they possessed a dogmatic, relentless work ethic that focused entirely on making their company world class.  Love him or hate him, a strong argument could be made that Patriots head coach Bill Belichick is a level 5 leader.

The Patriots are one of a few NFL teams who are known for adjusting their game plan each week.  In doing so, they are making critical decisions based on current information about their internal and external environments.  They confront the brutal facts every day and work on addressing them.  This greatly enhances the likelihood of success.  To be a successful company the strategy must also be updated on a regular basis to ensure important decisions are being made with the latest information.

In Jim Collins’ latest book Great By Choice he concluded that great companies had a propensity for testing new ideas and assumptions to safeguard against fatally investing resources in an unproven venture.   The Patriots also employ this discipline by practicing outside in harsher conditions than they are likely to play in.  When the weather turns poor in the playoffs, the Patriots have been battle tested on the practice field whereas their opponents rarely are.

Just like the Patriots are polarizing for NFL fans, they are equally as polarizing for NFL players.  There are only certain players that can fit into the “Patriots Way” and you either fit or you don’t stick around.  Having such a clearly defined culture has made it possible for the team to create a mantra of doing more and putting the team first and, when they make a personnel mistake, they deal with it immediately.  Successful companies also employ this philosophy.

There is a sense around the NFL that the Patriots are one of the hardest working franchises.  Their players often talk of practicing harder, watching more film, and generally being asked to do more to ensure success.  Grit, the ability to stay with something long after it has stopped being fun, is the only way to achieve mastery.  Only with mastery can world class status be achieved.  This is also true of highly successful people and companies.

Focus On Your People

The Patriots have done an exceptional job of these key things as it relates to its’ player personnel:

If wins are an indication of revenue and market share then the Patriots are market leaders.  No other franchise comes close to them in regular season wins, playoff wins, Super Bowl appearances and Super Bowl wins in the Belichick era.

What Does This Mean For Businesses?

Professional sports, as compared to many corporate environments, is cutthroat with little to no job security and would make it difficult to grow a corporate culture if the same ruthlessness was exhibited.  However, many average and low performing businesses find themselves with undesirable results because they are more on the other end of the spectrum.  They delay key decisions and continue to tolerate low performers.

If your business is not achieving the desired results are there ideas you could implement that have worked so well for the New England Patriots?