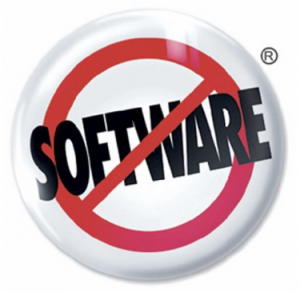 Why You Should Pick a Fight

If you were like me growing up, you may have found yourself in the school principal’s office from time to time due to some misbehavior or offence. For me, I recall one particular occasion when I was on the losing end of a playground brawl with one of the larger boys in my school. Of course, my parents got involved, and I had to endure their long lecture about how picking fights was not such a good idea – especially with kids bigger than me!

I don’t want to discount the many lessons I learned from my parents: they were, and are, very wise. But in translating this experience to the business world, I would suggest that picking a fight might be one of the best things your company can do.

In the world of business it’s hard to stand out. Increased competition and globalization have created a multitude of players in every industry, each vying for the attention of buyers. Add to that advances in technology and communications that inundate your buyers with a constant flood of marketing messages. How do you get your messages through? How do you get your potential buyers to take notice of your company?

Marketing gurus like Seth Godin suggest that the only way to break through the noise is to be remarkable, be different, and, in some cases, be on the edge of outrageous to get the market’s attention. In his book Purple Cow, the key lesson is that if your buyers drive down a highway and see brown or black or white cows, they won’t take notice.  But put a purple cow in the field, and people will stop and say, “Hey, is that a purple cow?” Now you have their attention.

There are many examples of this, from the bikini models featured by GoDaddy web hosting to the Red Bull cars driving around with the oversized can perched on top. In fact, one of our clients, a window cleaning company, is currently making a huge splash in western Canada after having rebranded as Men in Kilts Window Cleaning (with the slogan, “No Peeking”). This firm is getting attention and PR coverage throughout North America.

Another way of being remarkable is by picking a fight, either with a competitor (often the industry leader) or some other element of the industry that is an annoyance or roadblock for the entire sector.

Here are a few examples of being remarkable by picking a fight with a competitor:

Overtly picking a fight isn’t always about engaging with a competitor. Successful strategies have also been built around picking fights with industry perceptions or particular customer issues:

The “pick a fight” dynamic is present in all industries, including the oil and gas industry. The most prevalent is the major battle that has been waged for years against fossil fuels. Both environmental groups and so-called “clean energy” companies have picked a fight with traditional carbon-based energy, and in so doing have made significant progress in public perceptions and politics. In response, producers and industry players have both individually and collectively reacted with campaigns of their own to educate, inform, and influence perceptions. No matter which side of this fight one is on, there is no question it has been remarkable, getting attention from consumers and the public at large.

As leaders in organizations, how can we use these lessons? I would suggest that, in your next strategic planning session, you consider asking these three questions:

Just as a crowd quickly gathered around my schoolyard scrap, so, too, could audiences be drawn to your firm if you find ways to be remarkable, to stand out, and to create some attention-grabbing conflict by picking a fight.