5 Steps to Becoming a Feedback Junkie

Today’s best leaders are feedback junkies. They create an environment of safety and trust where peers and employees are encouraged to provide feedback.

Are you a leader that seeks honest feedback - or have you surrounded yourself with ‘yes men and women’?

Egocentric leaders do not encourage or solicit honest feedback. In fact, they tend to surround themselves with ‘yes men and women’ who always agree with their decisions and views. This creates a biased and skewed view of their own competency and the information flowing to them. As leaders, if we aren’t regularly hearing bad news, we are probably not getting all the news. 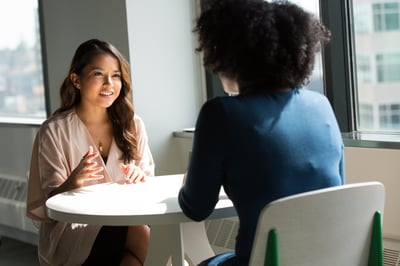 We all need people in our lives that we can rely on to give us honest feedback, even when it points out our failures and inadequacies and is difficult to hear.

The best leaders accept feedback gratefully, ponder it and use it as input to their own personal development. They look for input on their own blind spots, characteristics, or behaviours that they may be unaware of but are being perceived by others.

Many leaders today take feedback so seriously they seek it outside of their organizations. Peer groups – like executive forums & leadership circles– are becoming a common platform for leadership development. These groups are made up of business owners, founders, CEOs, and executives from different, non-competing companies. Some have hired facilitators while others are self-facilitated.

The core principles of peer groups are:

One of the advantages of a peer group is that because members come from different companies and industries, there are few filters and no need to temper feedback as there might be when a leader is seeking feedback from an employee.

I was fortunate to be part of a dynamic forum group for ten years as part of the Entrepreneurs Organization. Through it, I received powerful and constructive feedback about my company and myself as a leader. This group also helped my personal development as a father, husband, & taught how to maintain physical and mental well-being.

The people we choose to surround ourselves with have a huge influence in shaping us. There’s a reason why parents raise alarm bells when their kids start “hanging out with the wrong crowd.” Not only do our closest peers provide valuable feedback, but we tend to become more like them. John Spence says, “we become like the people we surround ourselves with,” and one of James Clear’s Atomic Habits is recognising that your friends shape your success. When it comes to habits, join a culture where your desired behavior is normal behavior.

Great leaders don’t just seek feedback but have mastered the art of receiving feedback and they model a constructive and respectful way to do so.

Sheila Heen joined us on Unleashed to discuss her book “Thanks for the Feedback: The Science and Art of Receiving Feedback Well”. She began her work by helping managers and leaders become better at crucial conversations. A repeating pattern she saw was that one of the most difficult conversations leaders have is when they are giving feedback to employees and co-workers.

What she and her colleagues discovered after coaching many people on how to give feedback was that giving is only half the equation; the second half is a skillset around receiving feedback. Effective feedback is just as much about how the recipient receives the information as it is about the giver’s delivery and messaging.

As she worked with this concept, she discovered that leaders who developed their skills in receiving feedback unleashed the following benefits:

3. Recognize the Three Types of Feedback

Leaders need to recognize there are three distinct types of feedback, and identify when these different types of should interactions occur:

By understanding the three types of feedback, leaders can better strategize when to give and receive which type. Too often they get lumped together. For instance, appreciation should be given often, and publicly (if that works for the receiver, and it does for most), while coaching and evaluation may be better done less often and privately.

4. Appreciate the ROI on Feedback

Why does feedback matter? There is a growing mountain of evidence showing that when leaders give consistent feedback, employees are more engaged, and companies are more successful:

Though the data is clear, most managers don’t make feedback a priority. Managers tend to dread, postpone, or criticize their own company’s performance review process. Informal feedback is rare too; there is a tendency to catch people doing things wrong, but not catch, and acknowledge, when people do things right. Timely, consistent feedback is a key ingredient for high employee performance.

Feedback must be paired with goals. In a study by Albert Bandura and Daniel Cervone, performance was measured with four groups: a control group, a group receiving only goals, a group with just feedback, and finally a group that received both goals and feedback.

Remarkably the groups that received either just goals or just feedback performed no better than the control group. However, the group that received both goals and feedback outperformed the other groups twofold.

Like vinegar and baking soda, goals and feedback are inert on their own, but combined they create a powerful reaction.

Unleash the Potential of Your Organization

If you’d like to learn more about how to build an innovative, learning organization, or other ways you can take the simpler path to creating a great business, connect with us or consider attending one of our upcoming leadership events.