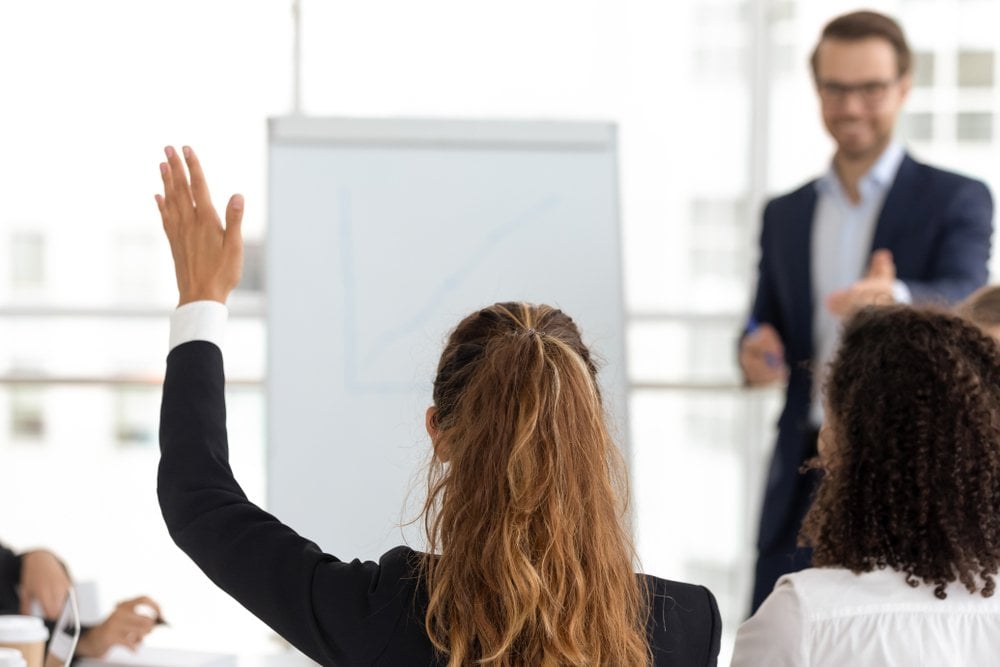 Today on Unleashed, we are joined by Wayne Baker, the Robert P. Thome (“toe-may”) Professor of Business Administration and Faculty Director of the Center for Positive Organizations at the University of Michigan Ross School of Business.  His teaching and research focus on social capital, social networks, generosity, positive organizational scholarship, and values.  His latest book is All You Have to Do Is Ask: How to Master the Most Important Skill for Success, which was published earlier this year.  He is a co-founder and board member of Give and Take, Inc., developers of the Givitas collaborative platform, based on principles in his new book.

He earned his PhD in sociology from Northwestern University and was a post-doctoral research fellow at Harvard University.  He resides with his wife, son, and Birman cat in Ann Arbor.

The Opportunity in Asking

The inputs or capital we need to be effective in work and life fall into two categories. We have our human capital – what we know, the experiences we have, our skills – but also our social capital. Social capital is who we know, or relationships and networks.

People don’t ask for help as often as they should and it’s a missed opportunity. Wayne’s research shows that people who are frequent askers (and givers) are the most productive in the workplace, and organizations that encourage asking are the most successful. But why don’t we ask for help? There are many reasons including what Wayne calls “over-reliance on self-reliance”, fear of being seen as incompetent or weak, or just assuming that we’ll get “no” as an answer when we ask, so why bother. 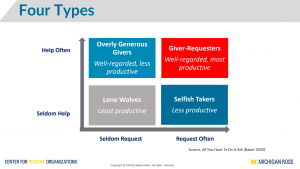 In fact, the research proves the opposite. In one study done in New York City, subjects were asked by researchers if they could borrow a cell phone to make a call. Surprisingly, it only took 1-2 asks on average to get a stranger to say yes to the request.

Further, we sometimes assume that if we’ve asked someone before and received a “no”, then we are likely to get a know again. Once again, the research says the opposite; people who have said no to us in the past are then more likely to say yes to the next request.

Our relationships with others, our networks, can be considered in three categories:

Of these, we are most likely (and comfortable) asking for help from our Strong Ties, when in fact the Weak and Dormant Ties have the greatest potential for new information, ideas, opportunities and perspectives, and as individuals we should be proactively asking in these circles. 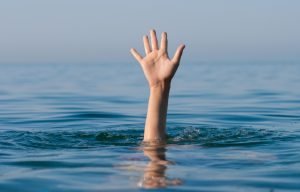 Wayne provided a process for creating thoughtful requests which is proven to be an effective approach to getting the most out of asking.

We have tools now, online communities, that enable us to ask more than ever before. To fully leverage these we should be givers as much as takers in these communities.

As well, be sensitive to who we are asking and recognize that different people want to communicate in different modes – phone call, zoom, meeting, email, etc. Also, be aware of what’s going on in other people’s lives that may limit their ability to give.

Many organizations have taken this research and instituted specific processes to encourage a more asking-giving culture. One economic consulting firm that Wayne described as a “20-minute rule.” When faced with an issue, problem, task or project, an employee has only 20 minutes to deal with it before starting to ask for help.

Like many elements that drive organizational change, leaders play a critical role. Leaders are the catalyst for instituting these processes and modelling the behaviours they’d like to see in others. And during the global pandemic, people are feeling more isolated and lonelier, and are even less likely than normal to ask for help. Leaders can address this by being more deliberate about keeping in touch with their teams.

Take Your Business and Leadership to the Next Level

We’d love to connect – if you would like to discuss the ideas presented today, please reach out via our contact form or on social media

You can learn more about Wayne’s work via his website, and for reference here are the slides he showed during the show. If you are interested in similar topics to today’s, please be sure to subscribe to our YouTube Channel.

Did you know you can listen to Unleashed as a podcast? Visit the Unleashed Podcast Library for a full list of past episodes.

Each episode of Unleashed is hosted by Results’ CEO Jeff Tetz who spends most of his life deeply caring for others, exploring what makes high performers tick, and helping people unleash their full potential.  You'll find Jeff on twitter here.